Lessons learnt as a new skipper 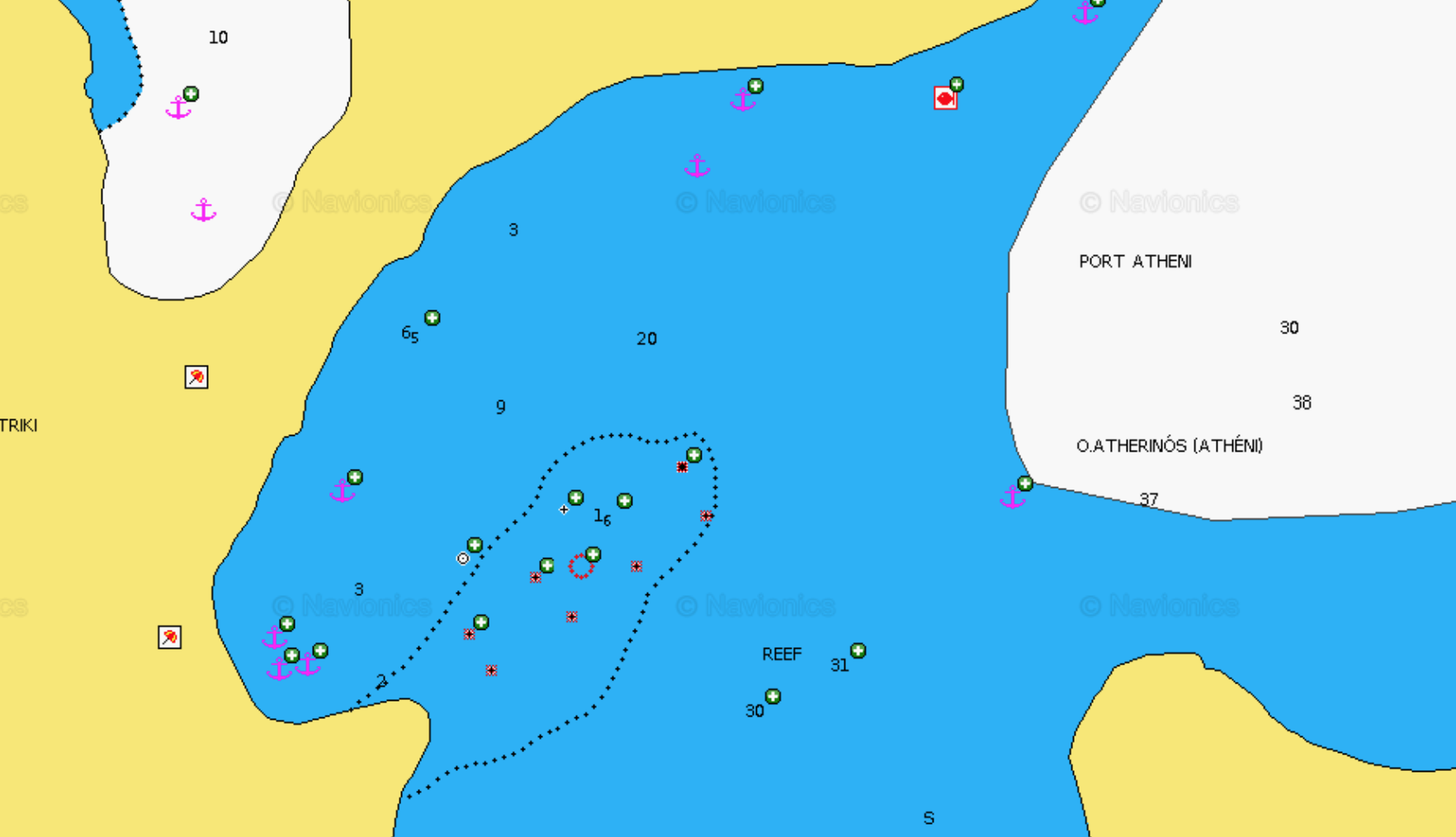 As a new skipper, getting your license is only the start of your journey. While exploring the Ionian in our Sun Odyssey 33i we dealt with some unforeseen situations along with some simple oversights. Hopefully, I can help you avoid some of the mistakes we made by shining light on them in this blog!

Our first oversight happened on our first sail. We set off from Vliho Bay to Port Atheni on Meganisi to drop anchor and spend a couple of hours at Fanari Beach Bar. When we arrived, Amy went to the front of the boat and opened the anchor locker and I manoeuvred the boat into an open spot for a short stop. While we were doing this we noticed a guy on another boat frantically waving at us trying to get our attention, we were aware crossing anchors was a thing but we were not in the direction of his. After a bit of back and forth wondering what was wrong with this lunatic, we motored closer to speak to him and he kindly let us know there was a reef in the area where we were planning on anchoring! Thank you random stranger! Ending up grounded on a reef on our first sail would have been horrifying. It turns out the reef was marked by a little red buoy about the size of a football that we mistook for a mooring ball, it was also marked on the charts on our mobiles but not on our chartplotter which we then realised was out of date.

Straight after this we ran into another issue. After finding a new spot, Amy went to drop the anchor and nothing happened, the windlass just didn't work. My first thought was that the windlass had tripped its circuit breaker so I went down below to check but this wasn't the case. I moved the boat a bit further out of the bay into open water so I could take a look at the windlass electronics more closely, this meant taking a panel off inside the front cabin. The year before I had installed a wireless windlass remote from eBay and wondered if that had caused problems with the wired remote Amy was using at the bow, I removed this and asked Amy to try again, it still didn't work. At this point, my marine electronic skills were at their limit and we rang Vliho Yacht Club to ask if they could assist us, they look after our boat while we were not using it and are super helpful. Rauri came out on his Rib within an hour and started troubleshooting the windlass motor, after he confirmed the windlass worked by moving wires around, it turned out that the wire from the remote to the windlass had chafed where it enters into the anchor locker and it simply needed cutting and rewiring. Thankful for the assistance I rewired the wireless remote back in and we went on our way, skipping our beach bar lunch stop. This could of all been avoided if I had checked the windlass before leaving the pontoon, I have now added this to part of my checks at the start of the season along with checking other systems like the autopilot and VHF. 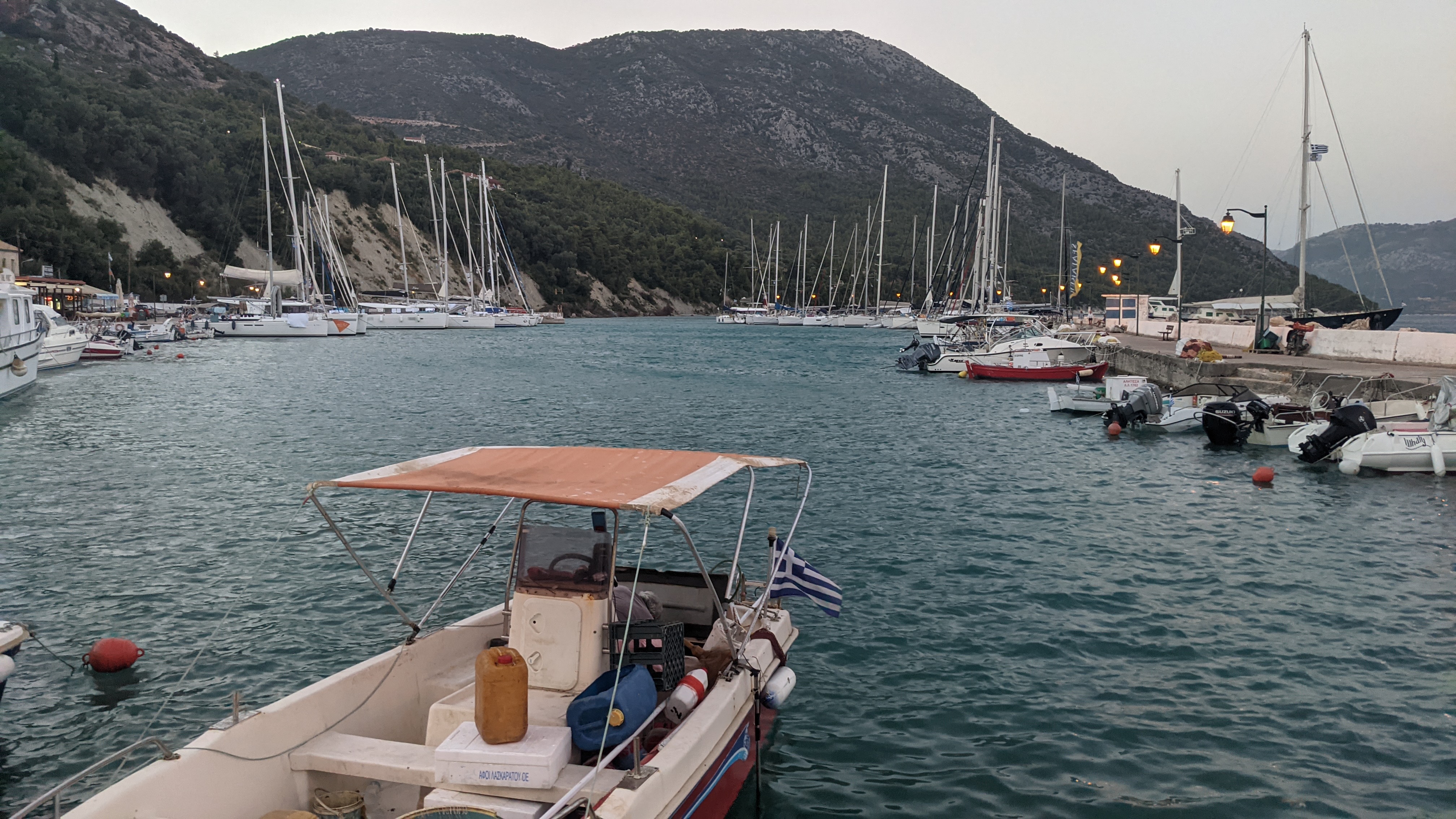 A week or so later we were in Kalamos with my Gran & Amy's mum, the wind was blowing 15-20 knots and the main halyard was slapping against the mast making a load of noise so I decided to slacken it, this stopped the slapping and helped us all get a decent nights sleep. The next morning the wind was still blowing 15-20 knots and we set off from Kalamos heading to Kioni on Ithaca. We rounded the southwestern tip of Kalamos and started to raise the sails with a reef in them, however, the sail got stuck about halfway up and we quickly noticed that the halyard had swung around the front of the mast and wrapped itself around the light above the first spreader, this must-have happened during the night due to the halyard been slack. The sea state was choppy and we needed the sails to stabilise the boat, two hours rocking around motoring would not have been comfortable. Amy tried to shake the halyard loose but because it was above the first spreader it would only move side to side along the spreader and not slacken at the front of the mast around the light. It was also too high to use the boat hook so that wasn't an option. After about 20 minutes of back and forth, I noticed that the point at which the main halyard got stuck while raising the sail was above the first spreader which gave me an idea. I dropped the halyard, tied another line to it and then raised it back up to the point it got stuck, the new line fell down over the other side of the spreader and we were able to use this to pull the halyard off of the light. We must have spent about 30-40 minutes bobbing around in choppy 1m - 2m waves trying to fix this mess and we were glad to put it behind us. This situation was very new to me, I didn't even know this was a thing and I doubt there's any sailing course out there that covers a loose halyard wrapping around the mast. This was very much a lesson I had to learn by myself. I have now added looking up at the mast and halyards into my skipper's walk before setting off from anywhere to avoid this happening in future, along with tightening the halyard with a plastic bottle between it and the mast to stop slapping noises.

Since then we've run into a many more issues like these but we've learnt from them and adapted the way we sail to avoid them in future. The most important thing we've realised is there really is meaning behind the "slow is pro" mentality in sailing. Taking things slowly, just like when driving a car, gives you more time to react and correct yourself or restart and try again. This is even more important in a boat where you can't just simply slam on the breaks and stop, sure you can reverse but prop kick will spin you and currents/wind will still push you around after that, momentum is key with any boat maneouvers and the slower you can go while keeping momentum the more time you have to react.

Thanks for reading and feel free to hop on our discord (linked aboved) to chat to us at any point :).